12 Steps to Turn your Cellar Dweller to an Emerging Dynasty

This article is the fourth in a series applying economic principles to dynasty fantasy football. The first is an introduction to the Pareto Principle which addresses key concepts discussed in this article. The second and third are Part I and Part II of this series – giving the first six steps for turning your cellar dweller into an emerging dynasty.

“Hope is a dangerous thing. Hope can drive a man insane.”

You read the first two parts of this series and implemented them step by step. With a little luck, your team’s value should be average or better and most of your assets are appreciating. No longer a cellar dweller, you enter the off-season with renewed hope.

You are now at the tipping point.

With a few missteps, you could wind up back at square one. But with the proper blend of patience, calculated risks, and good fortune, you can set yourself up for a dynasty. In this edition of the series I will guide you through this precipice, ensuring you avoid the landmines of the off-season.

Way back in Step Two, you first took inventory; sorting your assets into those which would appreciate and depreciate on your team. As you move to contention, start thinking of players not only as stores of value, but as point producers again. In the first article of this series I discussed points above replacement (PAR). If you want to calculate the projected PAR of your lineup using the percentiles feel free to do so.

For a simpler approach, go through your starting lineup and answer honestly how many slots are filled by a player projected to outscore the median. Is your WR1 (WRS 1-12) in the top six? Is your RB2 top 18? etc. Especially emphasize where you stand at the highest leverage slots. After that, examine your remaining assets. Can you use those assets in trades to bring you above the median across your lineup?

If you can accomplish this while maintaining a neutral draft pick allotment and adequate depth, you are ready to contend. If you’re not there yet, don’t force it. Some rebuilds take multiple years and that’s ok. Better to fold a mediocre hand and wait until you have leverage on your side to make your move. Repeat steps one through six for another year and you’ll be ready to make your push eventually. If you’re on the fence, you can make some calculated risks to potentially improve your lineup without a big trade.

The last 12 months in the finance world were filled with big swings, speculative investments and for some, major profits. The time between the end of the regular season and the NFL draft is the best time for speculative moves in dynasty. Several players carry a Schrödinger’s cat like price point where their market rate is stuck halfway between two possible outcomes. Your understanding of asymmetrical upside will help you know who to target. 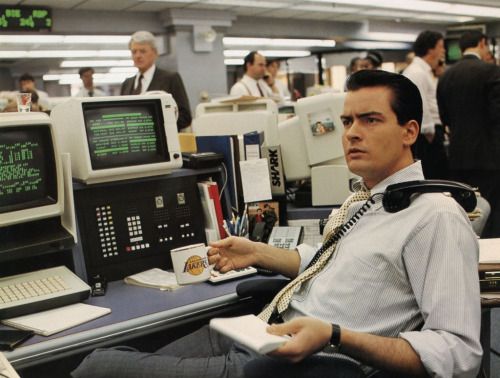 The best 29 running backs and wide receivers in your fantasy league are responsible for 75 percent of the value. If dispersed evenly, it leaves room for only two to three players per team who truly matter.

Your decision on a Schrödinger candidate should be based on a number of factors, underrated by most players.

2) Are the player’s chances of providing significant PAR higher than those of the asset(s) I am trading for him?

3) Will the ceiling outcome of this trade improve my roster more than the floor outcome will hurt it?

A constant theme of this series has been to make decisions based on ceiling outcomes more than median ones. Today’s example of why is Green Bay running back A.J. Dillon.

Per Dynasty League Football, the Boston College product’s average draft position (ADP) is pick 81. Over the last five years, only four players within a one round radius of Dillon’s value in pre-season dynasty ADP either entered the next year with an ADP in the top four rounds OR finished within the top 20% of PAR among starters. Three of those were rookies, and the other was Raiders tight end Darren Waller.

If the Packers current starter Aaron Jones is not re-signed, Dillon’s ADP will assuredly leap into the top 4 rounds, and he would be projected to produce heavily. The odds a player selected in place of Dillon at his startup ADP contributes significant PAR is low.

But what if Dillon doesn’t become the starter? Tampa Bay running back Ke’shawn Vaughn is older and less athletic prospect with lower draft capital. Nonetheless, Vaughn is being taken at pick 98, just a round and a half past Dillon. It should be fair to consider Vaughn’s current value close to Dillon’s market floor.

Besides, Dillon is not only a market play. In an article I wrote imploring you to buy Antonio Gibson, I charted all running backs drafted in the first three rounds since 2005 with a speed score in the 95th percentile or better. Players in this group – to which Dillon belongs – have an 85 per cent hit rate as top 24 running backs and 67 per cent have a season in the top 12.

Putting it all together, Dillon presents an opportunity for a significant value and production increase. The opportunity cost of passing on him is marginal both in startups and the trade market.

Offer the Dillon owner a player such as Chris Carson, Tyler Lockett, or Marquise Brown. All are higher in ADP. If you must, I would give up an early second round rookie pick as well. The bruising rusher is the perfect calculated risk to take if your team is on the edge of contention.

Do you want more on Dillon, check out this piece from the circle’s own Juan Carlos Pena.

Step 9: Draft For the Future

Many see the draft as one last chance to fill any holes a budding contender may have. This is a potentially dangerous mindset. At a later date I will do a full guide applying principles from the Pareto series to help you value draft picks properly and evaluate prospects effectively. For now, just know the draft isn’t the place to get your final all-in piece.

Over the last five years, only four players were able to break the 20% PAR threshold on a per game basis in their rookie season. All but one of those (running back Kareem Hunt, then of the Chiefs) who achieved this feat were a part of 2020’s historic rookie class. The chance you are able to make a major leap in one year based on a rookie hitting this threshold is just over two percent. Last year, managers desperate for win-now help selected Ke’Shawn Vaughn assuming he’d become the lead rusher for Tampa Bay in the late 1st round. They were sorely disappointed, and missed a chance at a wide receiver who could help their team for years to come.

If you need one last piece to solidify yourself in contention, there is a much better chance you get it trading your pick for a veteran of equal value. Occasionally, great deals can be made at the draft if a team has a serious case of rookie fever. But value-wise, it is best to take the long view with your picks. A recent study by J.J. Zachariason found rookies in the top 100 of overall ADP had a 53% chance at improving their value the following year, compared to only 30% of non-rookies.

It would take a unique situation for your team to withstand the loss of long term expected value by trading away rookie picks, while still needing to accrue more value for your lineup via trade. If you get a great offer you should take it – particularly if the player you are trading for has a reasonable chance of accruing value. However, your priors entering the rookie draft should be to make your selections, and do so with the long view in mind.

See You in Zihuatanejo

Rebuilding is hard. At Fantasy intervention we want to applaud you on the distance you’ve come. From now on, you can let go of the rebuilding label. You came in with high hopes, and those were rewarded. Congratulations!

Next time I will discuss how you put the finishing touches on your roster to translate your value to a kick ass starting lineup, so stay tuned!