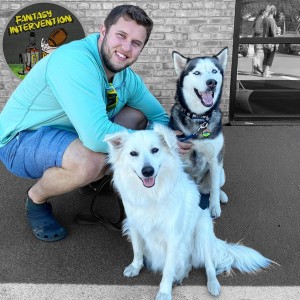 When the 2020 NFL season started, no one knew how long it would last, and now the regular season is over and the playoffs are underway. It’s kind of crazy that the entire NFL season took place, even if not totally according to plan. The 2020 fantasy football season had an extra element of “will this game even take place this week because of COVID?” Well, whether you won your title or finished dead last it is definitely a season to remember. But I’m hear to discuss this year’s fantasy MVP.

What Makes an MVP?

I’ve seen a lot of comments recently about the ‘2020 Fantasy Football MVP’, and I thought I would give my two cents on the topic. First, let’s break down what makes someone the ‘Most Valuable Player’ for fantasy football. What is value? There’s the obvious candidate of someone who outperforms where they were drafted. This year that would be Jaguars running back James Robinson who finished the season as RB4 after being claimed off the waiver wire at the start of the year. Another possibility to define an MVP is to really emphasize the word ‘Most’ and just look at who scored the most points. If you went about it this way, you’d be praising Cardinals quarterback Kyler Murray who scored 386.9 points. Now, I don’t really see many people saying the MVP should be defined this way but it’s worth a look.

During draft season the fantasy community does a lot of talking about Value Over Replacement Player (VORP). If you have heard of tier based drafting it’s the same principal. The general concept is to take players that have a significant drop off to their replacement players, which is what we call a tier drop. I submit that we should look at the Fantasy Football MVP in a similar way. I would define the fantasy football MVP as the player who gave you production that no one else could replicate.

Who is the MVP?

The following tables show the first, second, sixth, and 12th scoring finishers at each position. I chose these intentionally to show the difference between the first and second place finish, a middle of the pack positional “one”, and the last positional “one” (it’s common fantasy jargon to call the top-12 finishers the QB1’s, RB1’s, WR1’s, TE1’s as the top echelon of their position). In the last column, I show the finish as a percentage of the positional leaders points, which shows how much of an advantage the top scorer was. Or, how much of a positional advantage they provided.

Looking at the data, it becomes abundantly clear where the VORP lies. The QB2, RB2, and WR2 scored between 93% and 99% of the positional leader. The TE2? 78%. The drop off only gets worse from there. The sixth place finisher managed 90%, 64%, and 78% of the positional leader for quarterback, running back, and wide receiver, respectively. The TE6 managed less than half of the TE1. The trend continues when you look at the twelfth respective finishes.

With that said, I want you to meet your 2020 Fantasy MVP – Chiefs tight end Travis Kelce. What makes Kelce the MVP is the fact that you could not replace his production with any other player. He gave you a positional advantage. His VORP was the best in the game.

Kelce wasn’t just high scoring for a tight end. He scored points, lots of points. 260.3 points to be exact. Those points would make him:

Kelce wasn’t just a high scoring tight end, he was an elite scorer AS a tight end. His VORP is off the charts compared to other positional leaders, and he scored more points than all but five running backs, wide receivers, and tight ends. He had production that no other player can replicate.

P.S. In case anyone was wondering, the passion behind this article stems from a decision I had to make in the second round of my home league draft. Travis Kelce or Falcons receiver Julio Jones. I chose poorly. The next pick was Kelce, and that guy won the league.

Be sure to follow me on Twitter at @WarsenFF and check out our YouTube channel. And be sure to meet the full Support Group for Fantasy Intervention. Thanks for reading!

All stats are from FantasyPro’s, half-point PPR scoring, four-point passing touchdowns. Weeks 1-16, in other words, the only weeks that should ever matter for season long fantasy football leagues.