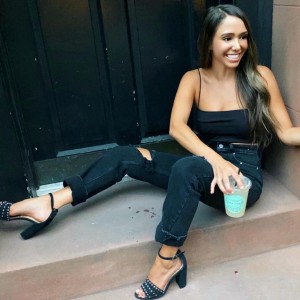 The post-season would not have truly commenced without the rumor mill beginning to turn. So, what’s the flavor of the week? Houston Texans quarterback Deshaun Watson is said to be potentially requesting a trade.

Despite signing a new contract before the season started, there is nothing stopping the team from honoring his wishes. Between the Hopkins trade and Caserio hiring, it is safe to say things have not been exactly happy-go-lucky in the Houston locker room. Allegedly, Watson was blindsided by the Caserio hiring. The hiring likely precipitated his since-deleted tweet, “Some things never change…”, which he posted shortly after the Caserio hiring news. Even if Watson is traded, the Texans would still be required to pay a whopping 21.6 million in 2021. But, in the long-run the trade could potentially save the team money following next season. Additionally, the trade would save Watson more heart-breaking seasons.

There are very few teams that would not be interested in Watson. Deshaun’s contract does contain a loosely restrictive no-trade clause that allows him to veto any trade Houston offers if he does not foresee it as positive for his career. The trade still remains unlikely, but Watson’s future could definitely be brighter down a few paths.

No one denies Chicago has impressed the league, proving to be a playoff team. Despite the Foles-Trubisky dance they started off the season with, Trubusky has demonstrated to be adequate and since returning from his injury has been absolutely playing for a paycheck approaching free agency. But, not many Bears fans will tell you confidently Trubisky is their guy. Watson here would be the icing on a seriously talented cake. Oh, and let us not forget, the Bears did pass on taking Watson to draft Trubisky in 2017. Chicago is a legitimate and spicy option for the quarterback.

The team has not committed to Sam Darnold as their 2021 quarterback. With the number two overall pick and a lot of holes to fill it’s highly unlikely they take the Watson route. Sure they could surrender a few draft picks to the Texans, but that would only place this franchise back further than former coach Gase put them.

You know wizard Bill Belichek was licking his lips when hearing the news. Cam Newton proved to be an utter disappointment for the Patriots this season, contributing to the Patriots first losing season since 2000. The losing season hit the franchise differently being their first season without Tom Brady. Watson would be a lock franchise quarterback in New England, restoring them to a force to be reckoned with once again. Of note, Watson’s assumed disapproval of Caserio (whom just left the New England system) could make him hesitant in joining a system the same coach just came from.

Never going to happen. Read that again. Coach Judge and general manager Dave Gettleman have been quite clear they’re all in on young quarterback Daniel Jones for the 2021 season. The team is in a great position to continue rebuilding this offense after repairing a broken defense this season, but that starts with finding a wide receiver one and not replacing their mini-Eli Manning.

This is one of the ideal placements for Watson. Washington will be in the quarterback market this upcoming season despite the impeccable return of Alex Smith. Washington has made the playoffs forcing their draft position to a position that will likely eliminate them from drafting a rookie quarterback. Adding Watson to a Young, Gibson, and McLaurin roster would make this team one to truly watch in 2021.

Now, this would be pretty sexy. Imagine Watson partnered up with the offensive coaching mastermind that is Kyle Shanahan. Superbowls or not there is nothing standing between the 49ers to upgrade the position. San Francisco can win games with Jimmy Garrapolo, but to do so he must be healthy. By terminating the contract with Garrapolo, San Francisco would save 24 million in 2021. That 24 million opens up some space to fill other gaps. The 49ers reluctance to sign a long-term commitment to Garrapolo makes this appealing, toss that with the great Shanahan and this makes for a beautiful match for Watson.

Remember, these are rumors circulating and the trade would put the Texans in a poor spot given the upcoming draft. The Texans are not in an exciting scenario with the draft by any means, they currently do not have first or second round picks. But, no one can blame the dynamic Deshaun for wanting to play for a winning team especially with more than a decade-plus of meaningful football to play.

3 thoughts on “Flavor of the Week: Potential Deshaun Watson Trade?”