Get the Right Pieces of the Colts Passing Game 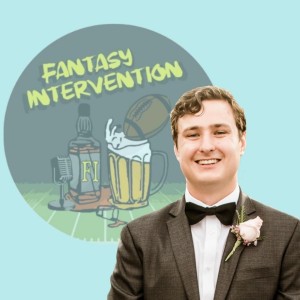 There has been plenty of preseason hype for the Indianapolis Colts since veteran quarterback Philip Rivers and rookie star running back Jonathan Taylor joined the team. Much talk of the teams’ top-rated offensive line and Rivers’ history of targeting running backs fuel the conversation surrounding Taylor. And previous history between head coach Frank Reich and Rivers also stirs up intrigue. Yet all the talk about running backs has overshadowed some great value plays in the offense.

The reuniting of Rivers and Reich is essential in evaluating the offense. The QB and HC duo go back to 2013 where Reich came on as a quarterbacks coach for the San Diego Chargers. He was then promoted to offensive coordinator the following season, and stayed through the 2015 season. During that stretch, Rivers averaged 30 touchdowns a season and produced career highs in passing attempts (661), completion percentage (69.5%), and passing yards (4792 yds). Reich left the team in 2016 for the offensive coordinator position in Philadelphia before becoming the head coach in Indianapolis in 2018. Reich and Rivers certainly paired well together in San Diego, and it’s expected that same chemistry still exists. Rivers’ play style and preference to target certain positions is very closely aligned to Reich’s ideal playbook. It’s easy to start getting excited when you know the head coach and veteran quarterback have a proven great connection.

Speaking of Reich’s ideal playbook, in each of his six seasons as an HC or OC, his offense was highly rated in the passing game and ranked multiple times inside the top ten in passing attempts, yards, and touchdowns. His time in San Diego, as previously stated, raised Rivers’ play to a new level. Later working with quarterbacks Carson Wentz, and after injury, Nick Foles in Philadelphia brought a championship and Super Bowl MVP winner in Foles back to the city. And in his one season with Andrew Luck, Reich led the quarterback to one of his best statistical seasons, even coming from a year out with injury. Through each season, Reich’s offenses were focused on and successful in passing. Yet last season, with quarterback Jacoby Brissett, Reich’s offense recorded his lowest single season in passing attempts, yards, and completion percentage. It was his first season as a OC/HC where he did not have a player break 100 targets. In fact the leaders in targets on the team, TE Jack Doyle and WR Zach Pascal tied for 72 targets each. They were the lowest team target leaders since 2015, when running back Danny Woodhead led the team with 106. Brissett was not nearly as good a quarterback as any of the previous players Reich had worked with, and it showed as the statistical anomaly of a season. Bring in Rivers, eight time Pro Bowler, and you have reasonable expectations of a higher volume in the passing offense.

So! If we are to expect an increase in passing volume, who stands to benefit? It’s good to look back at the previous beneficiaries of Reich’s offense to paint a picture for this season. Forgetting last season’s poor passing performance, Reich’s previous 5 seasons have featured a wide receiver leading in targets and a tight end following closely behind. The only exception was Danny Woodhead leading in 2015 as a running back who was also positioned as a wide receiver; that season Keenan Allen was second, and Antonio Gates was third in targets. So still consistent in his playbook.

Unfortunately, the only correlation between leading targeted receivers in each season was they seemed to be the best available option. There are no consistencies in slot percentages, nor receivers’ size, not strength, nor speed, which means it is not easy to predict the Colts next top receiver.

Last season, Pascal led in targets over an injured T.Y. Hilton, and an injured potential breakout Parris Campbell. Campbell, Pascal, and new rookie Michael Pittman Jr. all are closely related in size to Rivers’ long-standing favorite wide receiver target Keenan Allen; Pittman is similar to the Chargers’ downfield favorite Mike Williams. Outside of comparing metrics of size, speed, and strength it is difficult to narrow down with whom Rivers will connect.

A prediction that can be made more confidently is that the tight ends stand to have a large opportunity in Indianapolis. Through Rivers’ 14 seasons the tight end position has been a clear favorite. He spent many years and fired hundreds of passes to Gates and most recently Hunter Henry. Reich has made it plenty obvious he wants to feature the position as tight ends have been top among his targeted players as well. While the Colts’ starting tight end Jack Doyle does not possess the athleticism of Henry, Gates, or even Zach Ertz, the pass catching opportunity at the position is still certain. Rivers has averaged 97 targets a season to the position (leaving out 2018 when his starting tight end Henry was injured) and Reich’s offenses have averaged 99 targets to tight ends. Sometimes all a player needs to become an option is opportunity. Doyle and possibly Mo Allie-Cox should be ready to see the ball come their way.

When evaluating and preparing for this season, it is important to stay open to possibilities. While Taylor is well deserving of high projections at running back, the Colts will want to pass the ball. It does not make sense to bring in an experienced passer like Rivers and draft quarterback Jacob Eason if the air game was not of importance to Reich. Look at the options both Reich and Rivers have made use of: sure-handed receivers and large tight ends. Opportunity is key in creating successful players, athleticism and talent don’t mean anything if the ball isn’t in their hands. When it comes to uncertainty in the wideouts, trust in Reich’s proven ability to bring the best out of his players.

For what it’s worth, my money is on Campbell to see a large share of wide receiver targets this season. Targeting Doyle in late rounds of drafts or maybe as an extra piece in a trade for dynasty is a smart move, his current injury status is not severe. He will not be hard to get and is a great value to add depth to a scarce position.