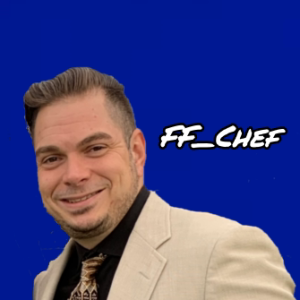 The 2021 NFL season and free agent market is officially open on March 17th 4 pm EST. As die-hard dynasty players, you’re already reviewing and scouting future players for your 2021 rosters. One of the key components to fantasy roster management is to foresee change around the league before it happens and get ahead of your competition.

All league rosters have different limits on how many players you’re allowed. Leaving you with the decision on who makes your roster and who gets “waived” goodbye. With a total of 55 unrestricted free-agent running backs in 2021, you will have some tough decisions to make this year. In addition, you have a surplus of young talent who have entered the league in the past three years and new recruits declaring for the 2021 NFL Draft. With that being said how do you determine who makes the cut?

A great place to start is to analyze your roster to decide what your team needs. Some of your players may be aging out. Some may not have performed up to expectation, or simply just need a new contract. In the next few installments, I will be discussing some running backs hitting free agency in 2021 and whether “the juice is worth the squeeze”.

As I discussed with what you may want to do with Aaron Jones Running Back for the Green Bay Packers. Now we will be reviewing another free agent running back that is due a new contract: Arizona Cardinals running back Kenyan Drake.

Dynasty players may have been mildly disappointed with their 2020 shares of Drake. Especially those who traded up to get him or spent the draft capital on his inflated average draft position last year. According to Fantasy Pros consensus average draft position  (ADP), Drake was being selected 17th overall or the RB12 in 2020.

Drake finished outside the top 24 running backs in 7 of the 15 games he took the field. His worst outing came in Week 4, where he finished as the RB58 versus the Carolina Panthers. This was partially due to head coach Kliff Kingsbury’s play-calling and personnel decisions. He involved running back Chase Edmonds more in the passing game with their fast-paced air raid offense, leaving Drake on the bench. Even with a 58.5% snap share, Drake finished his first complete season in Arizona as the RB16.

He accumulated a total of 1,092 all-purpose yards and ten touchdowns. During Weeks 6,11 and 12 he finished inside the top 12 running backs in fantasy. If Drake played all 16 games with his average fantasy points, Drake’s final fantasy output would have been 205 fantasy points. Landing him at RB13 right outside the top 12. So in a sense, you almost got what you paid for with Drake in 2020.

“Almost”, isn’t enough when you are playing to win. When you take a player with the fifth pick of the second round of a fantasy draft you want that player to be a foundational piece for your team. Not, a player that almost lives up to expectations. With the 2020 season in the past. Drake’s fantasy future is definitely in question.

Drake earned over $8.4 million after signing his transition tag in 2020. Stating that he wasn’t worried about signing a long-term deal and he was only worried about playing to the best of his ability to help his team play winning football.

At the time this statement may have been good for the Cardinals. For fantasy, being a free agent puts some doubt on Drake’s future. With many teams looking for competent veteran backs we could see Drake moving out of the desert this year.

If Drake doesn’t return to the Cardinals, the Jets, 49ers, and  Seahawks all make sense. All three franchises have plenty of cap space and an assumed need at running back.

The Jets are in a position of power when it comes to available cap space. Having the second-most cap space with an available $75.9 million at their disposal along with multiple first round picks. The Jets could choose to move on from quarterback Sam Darnold or use their picks to build around him, leaving their assets to pay a veteran running back such as Drake.

The 49ers could choose to spend some money and give Drake a two-year deal as they saw their 29-year-old lead-back Raheem Mostert struggle this past season with injuries. They are most likely cutting ties with Jerrick McKinnon after the veteran could not seem to find his footing on the field. That leaves Jeff Wilson Jr. and sophomore JaMycal Hasty in San Francisco’s stable. The 49ers would benefit from an experienced back like Drake.

According to Michael Fabiano, there is a 50 percent chance that the Seahawks move on from running back Chris Carson. Signing Kenyan Drake would cushion the “what if” factor of Rashaad Penny’s competence to carry a full workload in Seattle. The Seahawks do not have a draft pick until #56 in 2021. With quarterback Russell Wilson having the 47 sacks in 2020 “second most in the league”. The Seahawks will most likely choose to protect their franchise face and pick some lineman early this year.

Let’s not forget the team that Drake is currently on. Did he do enough to warrant a new contract from the Cardinals? We won’t know truly until Arizona offers him a contract. They do have the cap space of $19.6 million but, it may not be in the cards. Mainly due to the fact that they could have sealed up a deal last season but chose to transition tag him instead.

For fantasy purposes, I’m willing to move Drake now and avoid the dice roll of him switching teams altogether. He is 27 years old and has hit his ceiling in production. If you’re a contender you may want to try and add Drake for a late second round pick to give your team depth at the running back position. There is no reason to wait and see if his value escalates.

If you are in need of more youth on your roster. You may be able to capitalize in the 2021 rookie draft. Utilizing Dynasty Trade Calculator you can see where Drake’s value currently sits.

As shown above, Drake is currently valued to an early second round 2021 pick. The chances of hitting on a young prospect aren’t as high in the second round, but the upside could be beneficial for seasons to come. On the other hand, if you are contending. Rolling the dice on a second rounder may not be the choice you want to make. Making a trade for Drake below his listed value would be beneficial in this scenario.

Rookie players such as wide receiver Terrace Marshall, quarterback Justin Fields, and running back Kenneth Gainwell are already valued closely to Drake in 12 team standard PPR leagues, without even being on an NFL roster yet. Like I mentioned earlier, adding youth to your roster can be very beneficial for the future of your dynasty team.

If you need depth at other positions make an offer for Baltimore wide receiver Marquise Brown and Chicago tight end Cole Kmet. You can instantly add young talent without waiting for your rookie drafts.

In either scenario, you can benefit off of Drake’s average production and make your dynasty roster stronger for the present and the future.

If you are the Kenyan Drake owner right now, you have options. Don’t wait until the free agency opens on March 17th to determine his value. Cash in your chips now and build your 2021 winning roster.

Look for more great trade discussion articles during the offseason and tune into the Fantasy Intervention Case Study on our YouTube channel for more great buys and sells for the 2021 dynasty season. Follow me (@FF_Chef) on Twitter for more fantasy-related content.