Marked Down Values: Whose ADP is a Screaming Bargain 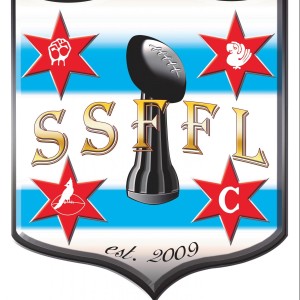 Every year there are multiple candidates that we can all identify as being a marked-down value in drafts. If you do your research prior to the draft, you can find bargains at their average draft position (or ADP). Everyone wants the chance at striking fantasy gold. Well, here are a few players listed below that can fulfill your fantasies and help you win a 2021 Championship.

Although Chargers running back Austin Ekeler was poised for a big year in 2020, injuries kept him from finishing as a top-12 back. However, while he was on the field, he was still effective, especially catching passes. In just ten games, Ekeler was tied for the fifth-most receptions en route to 5.4 (first) receptions on 6.4 targets and 40 (second) receiving yards per game. Although the efficiency was lacking as his yards per reception dropped by 3.3 and his touchdowns went from .5 per game to .2, the volume was certainly something to admire. He had only 54 total touches less than his 2019 total, where he played all 16 games.

Insert newly hired offensive coordinator Joe Lombardi. During the 2014 NFL season, his running backs, Reggie Bush, Theo Riddick, and Joique Bell combined for 108 receptions on 159 targets for 894 yards. Ekeler, who is already an established pass-catcher, will undoubtedly be the prime benefactor in Lombardi’s new offense. Ekeler was a favorite target of Herbert’s last season. He should remain as a top-two option in 2021.

As long as Ekeler remains healthy, he could finish as the RB1 in fantasy football for the 2021 season. He’s currently projected to be a late first or early second-round pick. The off-season moves by the Chargers to strengthen the offensive line and bring in a new head coach seems like they will help Ekeler this season. However, his current average draft position – or ADP – is still far too low. As a result, Ekeler is sure to see an increase in scoring opportunities, leading to more fantasy production. Ekeler has the chance to put himself in the “elite” running back category this year and he should be drafted with that in mind.

Starting in 2019, Packers running back Aaron Jones has had back-to-back seasons finishing the season as a top-five fantasy running back. Since coming into the league in 2017, Jones is fourth overall in yards per carry (5.1) and has 846 carries. During the past two seasons, Jones has averaged 65 targets, 48 receptions, and 2.5 touchdowns through the air. He is also the first Packers to rush for back-to-back 1,000-yard seasons (2019-2020) since Eddie Lacy (2013-2014). According to RotoWire, Jone’s goal-line efficiency has also been one of the best, scoring on over 50-percent of his touches inside the five.

Since you’re getting high efficiency between the twenties, inside the five, and in the passing game, Jones will be a “steal” in fantasy with or without Aaron Rodgers under center. Yet, he continues to be overlooked year after year. In 2021 he is being drafted as the RB9 off most boards. If Rodgers leaves, it could lead to an even more significant drop in ADP. Don’t be concerned, as the departure of running back Jamaal Williams should lead to even more volume.

The best part is Jones should have plenty left in the tank. His 782 total touches ranks him eighth amongst running backs in the 2017 draft class. Kamara, Fournette, Mccaffery, Cook, Mixon, Hunt, and Carson all rank ahead. At the age of 26 years old and working as the primary running back in Green Bay, Jones should finish in the top five yet again. Look forward to rolling Jones in as your RB2 in 2021.

Similar to Jones, Carson’s ADP at RB18 is a mystery. Sure he could be labeled as injury-prone as he hasn’t finished an entire season since coming into the NFL. However, he has only missed seven games over the past three years: less than Mixon, Cook, and Saquon Barkley. Sure he doesn’t offer the upside, but he still has been somewhat reliable and offers a decent floor.

Carson is on a run-first team with a high-powered scoring offense. Carson saw plenty of red zone opportunities and also was more involved in the passing game in 2020 than ever before. As seen by the Pro Football Reference chart listed below, he ended up with career highs in receiving yards and touchdowns. Carson also managed to tie his career-high in receptions (37) and was able to do all this while appearing in only ten games during the regular season.

In his four-year career, Carson is averaging 4.8 yards per attempt and 72.7 yards per game. Following the departure of running back Carlos Hyde, Carson will have limited competition in the backfield and should resume his bell-cow role for the 2021 season. Furthermore, the signing of new offensive coordinator Shane Waldron should help Carson’s numbers. Waldron was able to help script Todd Gurley and Cams Akers into the passing game during his time spent with the Rams.

A.J. Brown’s big-body and big-play ability is a legit threat to all Defenses across the NFL. At the age of 23, the Titan’s receiver is built like a freak of nature. His athletic frame is one of a true elite WR1. With the departure of pass-catchers Jonnu Smith and Corey Davis, Brown’s target volume is sure to increase for the 2021 season. He’s currently being drafted as the WR5 off most boards, but it’s likely he finishes as the WR1.

During the 2020 NFL season, Brown only appeared in 14 games. However, he still managed to go over 1,000 receiving yards on 106 targets and 70 receptions. In addition, Brown was able to score double-digit touchdowns for the first time in his career. Brown is primed for a huge role and breakout year with a full off-season to get healthy coming into his 3rd NFL season.

According to RotoWire, Brown led all wide receivers in YPT (12.1) with a target total of 80+ during his rookie season. Despite dealing with injuries last year that resulted in off-season surgery, he was still 2nd in YPT (10.1). Brown found the end-zone on 11 of his 12 red-zone targets and is one of the league’s highest-efficiency wide receivers. Coming into his third year in the NFL with perhaps the most extensive workload, Brown should have plenty of opportunities to eclipse all his career marks. Be sure to draft Brown with the utmost confidence and you shall be rewarded.

Buccaneers receiver Mike Evans is the first wide receiver ever to have seven straight seasons of 1,000+ receiving yards to begin their NFL career. He is coming off a Super Bowl Championship season and plays with the greatest quarterback to ever play the game in Tom Brady. In 2020, Evans also caught six touchdowns from Brady during the first five games of the season. Evans is the best big-bodied wide receiver in Tampa Bay and presents the greatest red-zone threat on the team.

In his first year playing with Brady, Evans had a career-high in touchdowns (13), was 2nd for most targets inside the red zone, and tied for 3rd in red-zone touchdowns (9). In addition, he had the highest red-zone touches and target to touchdown conversion percentage (47.4%) of his career from inside the 20-yard line. If Brady can take a step forward this year under Bruce Arians, Evans should continue to see an uptick in red-zone targets, touchdowns, and efficiency. The chemistry that these two have shown us will make the upcoming season a much watch.

According to Number Fire, the formula for when wide receivers hit their prime is between 26 and 32. At 27 years old, Evans is well within his prime. He is being drafted in the third round as the WR12 and 27th overall off the board. Together with Brady, Evans should outproduce his ADP and will present greater value to fantasy players who take a chance on him.

Coming off perhaps one of his most disappointing seasons thus far in his career, Kupp is looking for a bounce-back season. Despite playing fifteen games during the 2020 season, Kupp could not eclipse 1,000 yards for the third time in four seasons. However, he was able to land 124 targets and 92 receptions from former Rams quarterback Jared Goff. Goff did complete 73.9% of his passes to Kupp throughout the season, but the play calling lacked significant upside.

According to Rotowire, Goff’s 7.2 yards per attempt was the second lowest of his career. In addition, his bad pass percentage of 19.2% indicates how many uncatchable balls he threw to his receivers in 2020. Kupp, along with the rest of the Rams receivers, average YAC for the 2020 season under Goff was 5.9. However, Kupp did manage to rank in the top 5 for yards after the catch in 2020 (533). Goff was throwing into a lot of tight coverage and not giving Kupp enough time to separate. Goff also averaged his lowest yards per game (263.5) since 2017 and was tied fourth for turnovers.

With the new addition of Matthew Stafford under center for the 2021 season, Kupp’s targets should remain consistent. His scoring efficiency should improve as he saw his worst touchdown total in his four-year career in 2020. Downfield opportunities are sure to increase as well. Kupp is set for a bounce-back season and maybe even a career breakout year.

Kupp is currently going off most boards in the sixth round of fantasy football drafts. His ADP has him set to be taken as the WR25 putting him behind players such as Tyler Lockett, Odell Beckham, and current teammate Robert Woods. If this offense opens up and defenders have to play the deep ball, Kupp out of the slot offers massive upside after the catch — similar to 2019 when he finished third. If the Stafford and Kupp connection flourishes, he will lead the Rams in targets, receptions, and touchdowns in 2021.

I hope you found this information to be resourceful and valuable to your fantasy football drafts. Following ADP makes sense, but it should not be the only trait you look for while drafting players. Always be mindful of the player’s situation and how it changes from year to year. It may help you make a difficult choice later in the draft when deciding between two similar players. It could also help you find steals at where players are going. Stay tuned as we dive into other players as the offseason progresses at Fantasy Intervention.

This is my first article writing for @JoinOurCircle_, but you will continue to find more of my content on Fantasy Intervention. Want to give writing a try? Join Our Circle Today!

Go Subscribe on YouTube and don’t miss out on Wednesday, the 16th as Adam Levitan joins the show!

In Loving Memory of Uncle Mark. This one was for you.