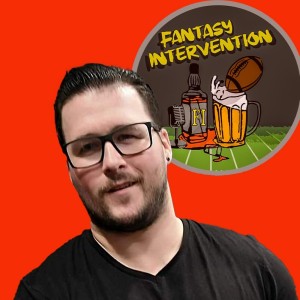 If you are like me, you love the feeling of winning fantasy football championships. There is a sense of accomplishment when drafting or trading for players. Players who put you one step ahead of the others in your league; especially when finding great deals on elite offenses like the Baltimore Ravens. Marquise Brown is the true value on the Ravens you need on your teams in 2022.

Setting yourself up for a glorious presentation of your long-awaited championship trophy is like few others. Unfortunately, however, a fantasy football season can be long, drawn-out, unnecessarily painful to get through—like Anchorman 2.

So why subject yourself to the torture? Imagine a world where productive players get cast aside to live down the depths of rankings everywhere forever.

What is the Value for Marquise Brown

As of writing this, KTC (KeepTradeCut) had a wide receiver who finished top 12 in receptions and top 10 in targets for 2022, all the way down in the 30s of their crowdsourced dynasty rankings.

Now say what you want about resources like KTC, but they reflect general wide receiver value. And their ranks are something I use when narrowing down some decisions on my dynasty rosters. Due to where others value Brown at the start of 2022, he is once again a glaring buy candidate for your fantasy team’s championship run.

I can, of course, say Brown is a value and leave you with no explanation or payoff. But, luckily for you, this isn’t the Sopranos, so let’s take a look at why Brown is not only a buy, but his current rank is more of an eyesore than not.

Through Weeks 1 through 13, when the Ravens had a healthy Lamar Jackson, Brown logged 28.5 routes run per game,11.92 targets per game, 5.75 receptions per game, 68.75 yards per game, 0.5 touchdowns per game, 16.7 points per game, and of course two outrageous drops of would-be touchdowns against the Detroit Lions.

For some context, Brown was 13th in receptions, ninth in targets, 17th in receiving yards, 11th in points per game, one of 15 players with six or more touchdowns. Also, 15th in WOPR – weighted opportunity per route – according to Dynasty League Football, 12th in target share, along with six other metrics in which he finished in the top 20.

The majority of Brown’s elite production came during Weeks 1 through 7 where he was the WR8 in points per game—better than Justin Jefferson, Mike Evans, and other top-tier players. So what happened after Week 7?

During the seven-game hot streak, Brown got into the end zone six times—accounting for 60-percent of his teams receiving touchdowns. Then, after the Week 8 Bye, he didn’t score another touchdown. So what caused the sudden drop-off?

The Golden Gopher Of Doubt

Some may point to rookie first-round pick Rashod Bateman as a point of concern for Brown, and though he did affect Brown, Bateman only accounted for a 15.8% target share, five red-zone targets, and one touchdown on the entire season. Although Bateman was a great compliment at wide receiver for Brown – having his first ten receptions for first downs – it was clear out of the gate that he would be the ying to Brown’s yang.

A big-bodied wide receiver can attack the first down marker and fight for contested catches. However, with Bateman’s role in the offense, he only logged seven deep targets and ended up with a sparse 183 unrealized air yards.

Even though Bateman had three of his best games with the backup tandem of quarterbacks in weeks 14, 16, and 17 for 14.2 points per game, his total target share was still a mere 15.47%; well under Browns. So when push came to shove with Jackson and without, Brown was still the clear WR1. Not exactly back-breaking for Brown.

Did Brown Hit His Expected Points and Maximize Value?

Pro Football Focus had Brown at an expected 7.9 touchdowns, an expected 1,206.1 yards on the season with an expected 16.3 fantasy points per game. Yet Brown was on par with his receptions with PFF only having Brown .7 receptions short of expectations.

If you were to go back and watch the above GIF of him dropping those two touchdowns it would have brought him right to expectations across the board. Browns expected 16.3 fantasy points per game would have been good for 11th in the league at wide receiver above Tee Higgins, Deebo Samuel, Ja’Marr Chase, and fan-favorite Jaylen Waddle.

It is essential for fantasy managers to remember that expected fantasy points can help you identify undervalued players. Scott Barrett, one of the best analysts in the space, touched on exactly why in an article in 2019. A handful of plays can make or break a player’s fantasy season, and embracing variance can help identify values. Marquise Brown is a perfect example of that variance.

An Unexpected Journey for Brown and Applying the Value

It was an adventure for Brown and his value this season. Simply put, Brown was performing on par with DK Metcalf, Stefon Diggs, Tyreek Hill, Dionte Johnson, CeeDee Lamb, Keenan Allen. Yet Brown continues to be ranked opportunistically low across the fantasy landscape. For example, WR33 on Fantasy Pros, WR32 on Keep Trade Cut, WR25 on Dynasty League Football, and WR33 on Player Profiler. These are the sites I had pulled most of our information from for this article, so massive shoutout to them and all their work.

If you can get this kind of top 12 production for even seven weeks from a wide receiver valued much lower than his counterparts you simply must actively try to acquire them. You may be thinking, “But there has to be some sort of risk” and you are correct.

The Ravens drastically changed their approach to the offense, passing the ball 25.4 passing plays per game in 2020 to 35.9 in 2021. It would be easy to point to such drastic changes being unsustainable due to multiple reasons.

Starting running backs J.K. Dobbins and Gus Edwards return from injured reserve after being out all season with torn ACLs. They are coupled with a perceived rebound to the Ravens defense collapsing towards the end of the year. However, the most critical factor we have to weigh is the loss of Jackson and his impact on Brown.

It would be easy to exclude Weeks 14 to 18, where Brown played with career journeyman Josh Johnson and undrafted quarterback Tyler Huntley. However, it would not do Brown justice. Of course, you would have loved to see some more touchdowns from Brown and any three of the quarterbacks he played with. But like the Star Wars sequels, we were left disappointed.

More promising though was Brown seeing his target share drop marginally while playing with the reserves.

In Week 15, Brown managed to catch a career-high ten in receptions during the thrilling game against the Green Bay Packers. Unfortunately, the quality of these receptions hindered Browns’ fantasy output of 14.3 points while mustering only 43 yards. Brown joined the exclusive company of former Bengals and Cardinals tight end Germaine Gresham and NFL Hall of Famer Cris Carter as the only non-running backs to achieve this historically inefficient day.

Jackson did throw and complete four passes, one of them being Brown in the Week 14 game against the Browns before getting injured. After that, however, the backup barrage was on for the rest of the season. Once the change had been made to Huntley. Brown saw 45 targets from the tag team of Huntley and Johnson down the stretch totaling 25 receptions for a mere 172 total yards.

The totals look pretty bleak as Brown had one top-24 finish as WR17 over the last five games. And the drop in target quality ultimately capped Brown’s upside as his points per game dropped from 16.7 to 8.5. However, the bright side is the opportunity and dependency on Brown were shown by his netting a 24.86-percent target.

Coaching decisions and injuries are examples of variance and things like this can change many things throughout the course of the season. However, Brown showed he isn’t totally dependent on variance despite the hardships.

Brown has something far stickier than coaching adjustments with his safety being found in his target share. In 2020 Brown saw 26.3-percent of the targets, putting him seventh in the league despite his up and down season. Two straight seasons of 26-percent of the passes attempted going in his direction is promising moving forward. More on Browns 2020 season is available in an article I wrote after the previous season on Fantasy Intervention.

Jakob Sanderson, a writer and lead analyst at Player Profiler, frequently mentions earned targets and how they remain consistent for wide receivers.

Most players’ target shares are almost entirely stable by the end of year three to their year six decline. This graph by Santigo Casanova does a fantastic job of displaying these results. So have faith, embrace variance and get yourself a deal on an elite option.

Perhaps you still don’t believe Brown can be had at low prices, but I have you covered. Here are some recent trades from The Dynasty League Football – Trade Finder tool.

Brown is only 25 with first-round draft capital and has back-to-back seasons of outstanding target shares in an elite offense. They are continuing to expand their passing game with one of the most explosive quarterbacks in the league. Brown clearly has his role in moving forward.

Winning championships doesn’t have to be more difficult than it already is. Embracing variance is a great way to capitalize on a market value like Marquise Brown. So sit back and clear some space for your future Title Belt.

You absolutely cannot miss out on a fantastic opportunity to get a high-profile, league-winning potential wide receiver for a fraction of the price. It’s like being 65 and refusing the seniors discount you’ve earned.

Thank you for reading. If you’d like to see more of my work, hit the link in my bio to get access to all of my Full Tilt Dynasty Content. @ThomasTippleFF