A Post-Season Matchup For the Ages 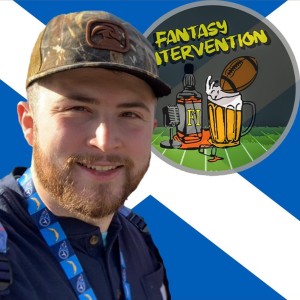 In what was set to be one of the most highly anticipated match-ups of the 2020 season, many fans were left scratching their head in disappointment. Quarterback Tom Brady and the Tampa Bay Buccaneers were completely dominated by New Orleans this season, handing Brady his first divisional sweep in his decorated career.

In week 1, quarterback Drew Brees and the Saints battled it out against Brady at Raymond James Stadium, winning 32-23. Many critics voiced that this was simply down to Brady and the offence needing more time to gel. In a Buccaneers season marred by inconsistency, the greatly anticipated rematch went from bad to worse resulting in Brady throwing for 209 yards, 0 touchdowns  and 3 interceptions. In what is likely to be the last dance for Brady and Brees, I have hope that this will be a final showdown that will not disappoint.

Since losing to the Saints in Week 9, Brady has gone on to throw for 2,616 passing yards, 22 touchdowns and a 109.21 passer rating. In the back end of the season the Buccaneers appear to have finally clicked, winning four and six games and averaging 34.7 points per game. Nothing should put fear into the hearts of opponents more than Brady building momentum into January. On the other hand, Brees has appeared to have struggled somewhat, albeit some of this is injury related. Since Week 9, Brees has thrown for 1087 yards, 8 touchdowns  and 5 interceptions  and a passer rating of 96.61.

When breaking down the Saints’ offence, there seems to be a clearly identifiable path to success for Tampa Bay. Saints’ running back Alvin Kamara has had an outstanding season, culminating in his 155 yards and 6 touchdown  performance against Minnesota. A successful game for Tampa starts with slowing Kamara down. Fortunately for Tampa Bay, they have continued to build on their defensive strengths. In 2019 they had the seventh ranked defense against the rush allowing only 11 touchdowns. In 2020 they have jumped to the top-ranked rush defence only allowing 10 touchdowns on the ground this season. In his career, Kamara has played eight games against the Buccaneers in which he has averaged, 48.1 yds per game and 0.8 touchdowns.

If the Buccaneers can successfully control the run game then Brees is going to be forced to stay in the pocket and pass the ball. This season Brees has the lowest percentage of aggressive pass attempts, sitting at 8.8%. This statistic is defined as a pass to a receiver in tight coverage (one yard or less). Additionally, Brees has  struggled with the deep ball, completing only 44.4% of his pass attempts over 20 yards.  His all-pro wide receiver Michael Thomas has averaged 1.45 yards separation in coverage this season and has been held to less than 100 yards in six of eight games. When you compare these statistics, it is  not a surprise that Michael Thomas has scored touchdowns  this season for the first time in his career.

If these problems continue tonight for Brees then we could perhaps see a reverse of the circumstances, leading to Brady turning the ball over on multiple throws. There is no statistic that defines success more than turnovers,  I believe  this will be the crux for whichever team does win. The Buccaneers have developed a stout secondary who have come up with 15 takeaways this season. Edge rusher Jason Pierre-Paul had two interceptions in back to back games after their Week 9 loss. It  is clear the play-makers are there, the question is whether or not they can step up in the moment.

Interestingly, it has emerged that New Orleans are likely to be without gadget player Taysom Hill tonight. This could prove to be a troublesome loss for the Saints. Hill has proved to be an invaluable asset for the Saints. Their Swiss army knife quarterback-tight end-running back  who has been used on 33.3% of the Saints possessions with five yards of  opponent’s end zone this year. These possessions have resulted in six touchdowns and another two from within the 20 yard line. Comparatively, Brees has only completed 32 of 62 of his red zone opportunities, resulting in a 62.9 completion percentage. Having said that, I am not one for only playing the statistic game and it is important to acknowledge that Brees has thrown 29 touchdowns within the red zone with interceptions.

The second piece of the game plan has to be a consistent offense. I have been really impressed by the Buccaneers offense  in the back end of the season. Of all these chess pieces, the most surprising has been the sustained success of wide receiver Antonio Brown. Over the last four games, Brown has accumulated 315 yards and five touchdowns. In the Buccaneers Week 17 matchup against the Falcons, Brady dumped the ball off to Brown 11 times, securing his $250,000 bonus. This may not seem like much, but when players have a quarterback who is fighting for them and making sure they feel appreciated, you can be more confident they’re gonna step up when it counts.

Brown could be the game changing player as he brings a wealth of experience into this game, with 886 yards and five postseason touchdowns. Brown has found his home in the midst of one of the most explosive offenses in the NFL. This season Gronkowski, Evans, and Brown have combined for 24 touchdowns. That is even before mentioning Godwin, Fournette or Jones. This match is set to be a shootout between two of the best QBs this league has ever seen. Ultimately, it is going to come down to the battle of the defenses and protecting the ball.

I think that the Buccaneers have hit their stride at the right point in the season, whereas the Saints just seem to be finding ways to win games. Given the misfortunes that the Saints have experienced in recent divisional playoff games, I cannot help but feel we are in for another upset tonight.