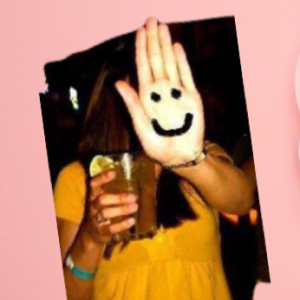 Now that you have brushed up on some of the basics from our New to Fantasy Football article, you’re ready to draft! Well, sort of. While there’s value in knowing your league type, scoring settings, and line-up positions, the true payoff is understanding how each of these aspects drive your decisions during your draft.

Although I personally like to draft players I am fond of (Hi, Cole Kmet), drafting only players you like is not going to win you a championship. It is not even as simple as drafting ‘good’ players. You ultimately want to draft:

(3) before your league mates, without drafting too early (aka reaching)

(5) taking into account the value available at each position in later rounds.

Did I scare you away yet? Since you are still with me, let’s use a metaphor to move us in the right direction, shall we?

I am building off of the assumption that you rank your Starbursts as:
Pink > Red > Orange > Yellow
because you should. [proof]

Quarantine has ended and you are throwing a raging candy party. You have a bag of Starburst and 11 of your closest friends are coming over. Everyone can choose their own Starbursts, but you are only allowed to pick one at a time when it’s your turn. The pack disappointingly contains 20 yellow, 12 orange, 5 red, and 2 pink. You want that pink! Everyone wants that pink, but there are only 2 available.

Because it is in high demand by your peers AND there are few available, the value of a pink Starburst is very high, and it will likely be picked very early on. Pink Starbursts are the Patrick Mahomes of a superflex league. You can assume whoever has the first pick will choose pink.

This is based upon their scarcity and their flavor production value. If there were more pink and less red, red might be picked sooner due to its scarcity and everyone’s assumption that they might be able to get a pink with their next pick. (We’ll talk more about assumptions later.)

Back to football… we were talking about drafting, right? One of the first things fantasy football players want to know before a draft begins, aside from league settings, is their draft position.

Initially, draft positions can feel like a ‘luck of the draw’ situation where you get what you get and there is not much you can do about it. However, as you begin to understand the value of players at each position and their availability, each position in a draft can have its own personal pros and cons.

If you are drafting first, you can easily get a pink Starburst, but then you have to wait two rounds until your next pick. It can feel like you have missed out on a lot of reds and oranges. Is it better to have a pink and yellow or two reds? Is it better to have the QB1 in Kansas City’s Mahomes paired with 2020’s WR6 Minnesota’s Justin Jefferson or the colts Johnathan Taylor and Cleveland’s Nick Chubb who both finished in the top ten? Scoring plays a part, but regardless of your draft position, you are ultimately at the mercy of your league mates for the players available to you. To keep from reaching, you can determine where a player could be drafted by researching their average draft position or “ADP”.

Many drafting sites will display each player’s ADP based upon the culmination of countless draft results from their users. You can also find them on sites like Fantasy Football Calculator. This is the easiest way to stay on target for your draft. For example, I like Chicago Bears tight end Cole Kmet, but his consensus ADP according to Fantasy Pros is #251. Unless I am playing with guys and girls from the #ColeKmetClub (it exists), I can reasonably expect him to be available at the end of the draft.

If I want to draft a tight end at the beginning of the draft, there is no reason to pick Kmet when I can grab someone like Kansas City’s Travis Kelce (ADP #19) or the 49ers George Kittle (ADP #24) in the first few rounds. Both Kelce and Kittle are more likely to produce well Week 1, remain consistent in their production throughout the season, and are unlikely to be available after rounds 2-3.

Whether you are new or old to fantasy football, it can feel daunting to compare previous years’ productions, projected scoring, cryptic NFL players’ tweets, and a combination of other statistics and analyses in order to rank players at each position and know where to value them. ADP is readily available and an easy way to get a grasp on player value, along with tiered player rankings available from sites like Fantasy Intervention, amongst others.

Now, this Kmet example brings to light another important factor when drafting: your league mates. Knowing which players they like and their drafting styles can also influence your decisions.

If you are playing with a lot of friends that all live in the same state, you might be safe to assume they value their home team’s players higher than others since they have watched more games of those players and root for them often. As a Louisianan, Saints players Drew Brees, Kamara, and Thomas are always drafted earlier in my home leagues than any of my other leagues. I have to take this into account when I draft with those friends.

Perhaps I can take advantage of people drafting a player too early. On the flip side, I may ‘reach’ for a player that I think is overvalued by my league mates to assure he is not taken before my next turn. This type of draft style comes with time. As you play with the same people year in and year out, you begin to get a feel for the types of fantasy players they value.

The site that you use to draft is also beneficial. As you scour the internet, you will notice sites value and rank players differently. Many people will use their draft site’s generated list of players to choose from while drafting. This could be an added benefit during your draft if your competitors use these in-site generated rankings. As you await your turn, you can see which players rankings your competitors are seeing and make assumptions about player availability.

If you have to scroll for a while before finding a player on your drafting site, they might not be on your league mates’ radars. Again, you will need to be familiar with your league mates and what data they use when drafting to make these types of assumptions. What is it they say about assumptions anyway? You shouldn’t ‘assume’, because it makes a tight end out of U and ME?

One Bite At A Time

Fantasy football is supposed to be fun. We can dig deep and tear apart at every aspect, but let’s take it one bite at a time. For now, I hope you are feeling excited. The possibilities are endless when it comes to your fantasy football draft. Next, we can talk about tiered rankings and draft position strategies. Oh, and did I mention that sometimes a player in yellow wrapping is really a pink starburst underneath? Those are the best surprises!

Be sure to keep up with the articles, Quick Shots, and podcasts coming from the crew at Fantasy Intervention to be ahead of your league in finding those juicy little secrets and follow me on Twitter @cooterdoodle . You can also stay updated with everything Fantasy Intervention by following @joinourcircle_ on Twitter.