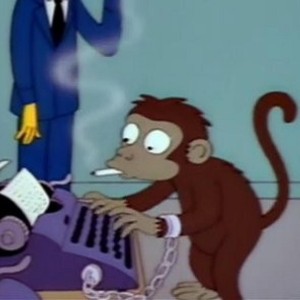 When Washington drafted Terry McLaurin with the 76th pick in 2019, not many people celebrated. After all, he was the 12th wide receiver selected. He was drafted with and selected after his fellow Ohio State wideout, Parris Campbell. Most experts agreed, one or both of them would pop at the NFL level after having successful careers at Ohio State. The 2019 Buckeyes were loaded on offense with a roster that included: Parris Campbell (1,063 yards receiving, 12 TDs), Terry McLaurin (701 yards receiving, 11 TDs), and J.K. Dobbins (1,316 scrimmage yards, 12 total TDs) to name a few. This excludes wideout K.J. Hill (Chargers kick/punt returner) who finished second on the team in yards and running back Mike Weber who had 1,066 yards from scrimmage.

Terry McLaurin has always been under-estimated

Fast forward two years and the 2019 NFL Draft wide receiver class ranks among one of the best in recent memory. A.J. Brown, Terry McLaurin, D.K. Metcalf, Marquise Brown, Parris Campbell, Deebo Samuel, Diontae Johnson, Mecole Hardman, Scotty Miller, Travis Fulgham, J.J. Arcega-Whiteside, Darius Slayton and Andy Isabella are the names you’ve probably rostered on your fantasy team at some point. Among this class Brown, Metcalf, and McLaurin have risen to the top, but Brown and Metcalf play on strong franchises with Pro Bowl quarterbacks. Mclaurin has had a mash unit of Alex Smith, Dwayne Haskins, Kyle Allen, Case Keenum, Taylor Heinicke, and Colt McCoy. Is this why McLaurin doesn’t get the level of attention as Brown or Metcalf?

If you have fantasy shares of any of these players you are in excellent shape at wide receiver. In dynasty drafts many experts are choosing AJB as their overall WR1 prospect. Metcalf is always a crowd favorite in both redraft and dynasty leagues but was on pace to be the overall dynasty WR1 until Russ started getting cooked behind a bad offensive line. Compared to his Ole Miss draft mates, McLaurin has tremendous value. While no one will tell you to sell Metcalf or AJB shares, you could potentially leverage their name value to acquire McLaurin and a pick or player you could use. Take a look at their career numbers below:

Looking ahead to 2021, another big season is in store for McLaurin. The defense is a proven unit and just led the team to a division title and playoff berth. With some consistency at quarterback Washington and McLaurin have a legit shot to win another division title next year. McLaurin is the best wide receiver in the NFC East and he has proven to be nearly quarterback proof so far.

One player comparison which can be made for McLaurin is Steve Smith Sr. The two players are similar in size, combine measurables, and statistics through their first two seasons in the league. Each player also turns 26 during their third full season in the NFL (Smith was unable to play his third year due to an injury in the first game).

If McLaurin can match Smith’s numbers from his year 26 season it would have been good for the following in the 2021 fantasy season: