The Rule Of Three – Tales of Fantasy Supremecy 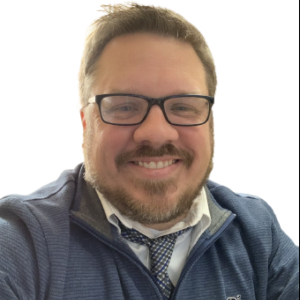 There is an age-old rule of storytelling: the rule of three. The principle is simple, three is the first number that allows patterns to develop while also minimizing confusion. It was a tenant of early tales (The Three Little Pigs) and carried through to modern stories like Star Wars (Luke and the Droids early in “A New Hope”) or the Lord of the Rings saga (Frodo, Sam, and Gollum venturing into Mordor). We can use this concept to our advantage in fantasy football.

The Rule Of Three Applied To Fantasy Offense

“When in doubt, grab a piece of a high-powered offense”. It is the type of phrase that makes enough logical sense to gain traction, but it is inherently flawed.  When it comes to fantasy, NFL offenses operate under the rule of three.

The above chart displays the top five fantasy offenses on “flex points” (running back, wide receiver, and tight end). It is not a shocking list, as you can see most of the teams are among the highest-scoring offenses. Unsurprisingly Kansas City leads the way, but the most interesting is Minnesota.

Powered by their superstar trio of Dalvin Cook, Justin Jefferson, and Adam Thielen, Minnesota punches well above their total offensive point rank (11th) compared to points from the Flex positions.  The trio combined to accumulate 69.99% of their team’s total flex points, leaving the fourth-best option on the team (tight end Irv Smith Jr.) well in the distance.  It was the perfect storm of health and player talent to demonstrate how a triangle of players can raise a fantasy offense.

To further enforce the value of the top three flex scorers, what happens when we expand our data selection into fourth options?  Based on raw points, only four players finished inside the top 80 flex scorers: Curtis Samuel, Logan Thomas, Michael Gallup, James Conner.  Despite the excitement created by Samuel and Thomas in windows this season, all are readily available from your dynasty league’s respective owners. To truly understand the value of the top three offensive options, we need to look at roles within the offensive scheme.

The running back’s involvement in the triangle is self-explanatory. The value of handcuff running backs is an introductory level concept that can be best handled by Fantasy Intervention’s Cooter Doodle. The single biggest advantage for fantasy players can be gained by understanding the passing game.

Spread offense evolution has necessitated teams change their personnel packages. Fullbacks have vanished and with it “smashmouth” football, much to the chagrin of every drunk uncle on Thanksgiving.  But the role of the fullback is still very much alive. Today’s William Floyd is wearing number 15 for the Los Angeles Chargers. And it is breaking the brains of the un-initiated.

Wide Receiver Jalen Guyton was a fixture on the field for the Chargers this year. He accumulated a 79% snap share and his omnipresence has led to a multitude of predictions about a looming breakout. However, Guyton is a modern fullback, his job is to erase a defender by running a route deep to clear coverage. Guyton only saw a shocking 9% target share. To put into perspective how wild his disparity between snap share and target share was, the next closest with a snap share over 75% was Zach Pascal, with a 13% target share.

Understanding route concepts and receiver roles can give you a massive leg up when it comes to roster construction. Matt Bowen wrote a breakdown that can provide a starting point. Quarterbacks have an average of under 3 seconds to throw. The result is the vast majority of targets are determined pre-snap. To further illustrate this concept, watch what happens inside the ten-yard line with your fantasy wide receivers. If the quarterback does not look your player’s way immediately, the ball is going elsewhere. It is the type of thing where once you notice you will never stop.

Most frequently, the top two offensive receiving options will play games off each other’s route concepts. The easiest way to visualize this is to imagine Chiefs receiver Tyreek Hill running a post route that baits the linebacker to step backward allowing room underneath for tight end Travis Kelce to settle into a soft cushion.  Once these concepts are understood, it becomes easy to see why a player like Chargers slot receiver Keenan Allen can be a points per reception – PPR – monster while Mike Williams on the outside has a much more volatile point total.

Further illuminating the point, 19 teams had a total target distribution to their top two pass catchers over 40%. That is total, no adjustment for injuries in that number. The top teams came in around 50%, displayed below.

Snap counts can be a dangerous statistic in wide receiver roster construction.  Too often, it is tied to hope of fantasy relevance.  Players like Chiefs fourth option Mecole Hardman landing with quarterback Patrick Mahomes stoke excitement.  More often than not, route concepts employed by the team severely limit the chance of a true breakout, absent injury.  When an injury creates opportunity, fantasy managers will look largely at snap counts given the lack of available numbers.  It creates a massive advantage when a fantasy manager can understand a team’s offensive concepts and players most likely to benefit when an opportunity arises.

Offenses are built on the rule of three, most typically a running back and two passing game options.  Fill your bench with players who can step into a vacated role, opposed to ones already on the field as window dressing.  When drafting, identify and target players inside a team’s established “triangle”.  They will tell the story of fantasy success.

2 thoughts on “The Rule Of Three – Tales of Fantasy Supremecy”