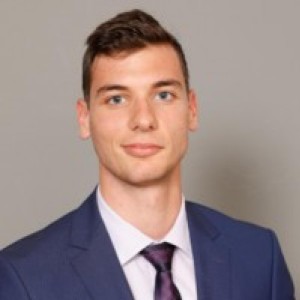 Heading into the 2020 season there was one team which held the title of season-long underdog. Can you guess who? Hint, it’s the team drafting first overall in the 2021 NFL Draft. Bingo! It’s the Jacksonville Jaguars. But is this is no surprise.

To say Jacksonville has been irrelevant over the past couple of decades is an understatement. They finished top ten in scoring just 3 times in 20 years and once over the past 13. Defensively wasn’t much better, coming off their worst performance in team history (points and yards allowed).

We’re not here to dwell on the past. In fact, we want to look ahead at better times, not only for the Jaguars but for every NFL team. In this newest series, we break down and look at what teams are going to do in the first round of the 2021 NFL Draft and give you all the reasons for optimism!

It’s common to see the team with the first overall pick have plenty of holes to fill. The Jaguars are no exception as indicated by their single win in 2020. The Jaguars were 29th in points scored and 28th in total yards accrued while being 25th in sacks allowed. As one might expect, most of these issues stemmed from the QB position and then trickled down. To be fair however, we can’t simply blame Gardner Minshew and Mike Glennon for all these troubles. The defense was just as much at fault, as the Jaguars were an absolute disaster on that side of the ball. In terms of sacks, points allowed, and both rushing and passing yards allowed, they ranked in the bottom five in every category. Translation: this is a team that will need a major facelift in the offseason.

While this 2020 recap paints a rather grim picture, there is actually some light at the end of the tunnel. Jaguars’ fans take a deep breath and step away from the ledge. The good news starts with the fact the Jaguars are currently the top team in the entire NFL in available cap space. And while Jacksonville has recently been a destination some players might avoid, the impending arrival of Clemson rookie Trevor Lawrence could convince veterans otherwise. Lawrence, is arguably the best quarterback prospect since Andrew Luck. Presumably he solidifies them at the quarterback for years to come.

As far as most pressing needs for the team, everything starts at the quarterback position. The more interesting part of the equation is what the Jaguars should focus on afterward. Taking into account the weaknesses from last year the defense should be a major area of focus in free agency and the draft. The Jaguars need help along their defensive line, but anytime you lose players like Marcel Darius, Calais Campbell, and Yannick Ngakoue it is to be expected. Not far behind is the secondary of the Jaguars which has been a mess ever since the trade of Jalen Ramsey. Lastly, another sneaky position needing improvement is left tackle as Cam Robinson is set to be a free agent. The Jaguars need to put a priority on protecting Lawrence’s blindside. Many of these positions are likely to be addressed in free agency but for now, let’s focus on the candidates the Jaguars will likely target in the draft.

We’ll keep this brief because by now everybody and their grandmother knows who the first pick overall will be in the 2021 NFL Draft. You can go ahead and pre-order your Lawrence jerseys right now. Ignore all the narratives and clickbait headlines coming out in the next several months. A generational quarterback talent to a quarterback needy team is a match made in heaven; at least for Jacksonville.

The first Jaguars draft pick is a slam dunk, but the 25th overall selection is far from it. As stated before, this pick will heavily be swayed by what the Jaguars do during free agency. But for now, we are looking at the best player available. Considering team needs, this pick is likely to be in the secondary, and Tyson Campbell fits the bill. Campbell is a tall and physical corner at 6’2”. He could remind the Jaguars of Jalen Ramsey in terms of measurables and strengths. The late first round and early second round is in the projected range of outcomes for Campbell so this would fall in line with those projections.

The Jaguars Draft Can Set up a Bright Future

Despite the Jaguars record last year, they are in a great position heading into the 2021 NFL Draft. To some degree their draft grade will likely be quite high no matter what if Lawrence pans out. But in order to go from great to elite, the Jaguars will have to maximize their picks by drafting the best player available. With the amount of holes they have across their roster, the best player available will most likely also be a position of need.

Make sure to keep up with other articles, Quick Shots, and podcasts coming from the Fantasy Intervention team as we get closer to the NFL Draft!